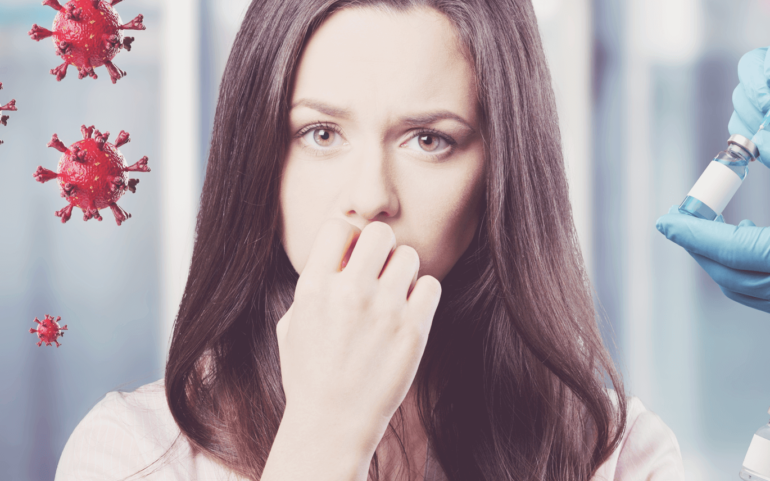 For more than 30 years, Liberty Counsel has been on the front lines of religious liberty issues.

But, says Liberty Counsel founder Mat Staver, he has never seen anything like what his group is up against today in the time of COVID. The Christian legal group was already ahead of the curve, issuing warnings in 2020 about coming COVID vaccination mandates and “vax passports,” long before they were issued.

The admonitions were prescient. Over the past year, the Orlando-based civil liberties ministry has received more pleas for help than at any time in its history. Most of the requests are related to the COVID-19 mandates, lockdowns and forced vaccination orders.

Liberty Counsel has rushed to the aid of pastors defying illegal orders to close their churches, and to employees threatened with termination for declining orders to get COVID shots.

In March 2020, Staver successfully defended River at Tampa Bay Church pastor Rodney Howard-Browne, who had been arrested for holding in-person services, even though he had taken all recommended health precautions. Prosecutors dropped the charges. On Oct. 15, 2021, Liberty Counsel filed a class-action suit against President Joe Biden, Secretary of Defense Lloyd Austin and Secretary of U.S. Homeland Security Alejandro Mayorkas on behalf of thousands of military, federal employees and federal contractors who face dismissal over the unprecedented White House order to get COVID shots –or else.

For military objectors resisting the forced vaccinations, it would mean an end to many long service careers and dishonorable discharges.

The Department of Defense will honor no religious exemptions and virtually no medical exemptions. It’s either get the shots or face a ruined career.

“This is the worst possible punishment for someone who sacrificed everything for our freedom,” Staver, a constitutional attorney, said. “We have never received so many desperate cries for help. They stay with us night and day. In addition to this massive lawsuit, we are defending tens of thousands of health care workers, airline employees from bus drivers to captains, and many students, to name a few categories of our clients.”

There are other effective Christian legal groups, but Liberty Counsel stands out.

Liberty Counsel has often been the only legal organization to come to the aid of groups facing oppressive government policies or corporate employees seeing their religious beliefs trampled. They take cases that look hopeless and often come out victorious.

In Mountain Right to Life v Becerra (2018), Liberty Counsel won a U.S. Supreme Court case in which the California state government was forcing three pro-life pregnancy centers to promote abortion. After the high court sent the case back down, a lower court permanently enjoined the California Reproductive FACT Act, which required the pregnancy centers to endorse government language promoting abortion on their front door, in their waiting room, online and in every advertisement for the crisis pregnancy center.

In Maryland, in a less-publicized case back in 2005,  Liberty Counsel came to the aid of Parents and Friends of Ex-Gays and Gays (PFOX), a parents’ rights group that sued Montgomery County for blocking their pamphlets in schools while allowing booklets denigrating Christian views of sexual morality and promoting the LGBTQ lifestyle.  A federal judge appointed by Bill Clinton ruled in favor of PFOX and stopped the booklets as a violation of First Amendment free speech rights after Liberty Counsel sued.

A Flag of a Different Color

In late September 2021, the U.S. Supreme Court granted Liberty Counsel’s petition defending a Christian group, Camp Constitution, that was barred from flying a blue and white Christian flag on a City of Boston flagpole on Sept. 17, 2017 to honor Constitution Day.  The lawsuit, alleging a First Amendment violation, notes that over a 12-year period, the city had never declined a request to fly a flag and had permitted 284 flag raisings.

“Other flags raised on the city’s flagpole include the Turkish flag (which depicts the Islamic star and crescent) and the Portuguese flag (which uses religious imagery),” Liberty Counsel stated. “City officials have also never denied the ‘messages’ communicated by the ‘Chinese Progressive Association,’ the rainbow flag of Boston Pride, and a ‘transgender’ pink and blue flag. The flags of private community groups include Albania, Brazil, Ethiopia, Italy, Panama, Peru, Portugal, Puerto Rico, and Mexico, as well as of Communist China and Cuba. No flag was ever denied until the city denied the flag of Camp Constitution.”

Its mission is “to give the Justices of the Supreme Court, their high-level staff, members of the federal judiciary, members of the U.S. Senate and other public policy makers the information, education and inspiration they need to better form their consciences and make decisions in keeping with the common good.”

Whether it is the life issue, religious liberty, marriage, or simply freedom of conscience issues, Liberty Counsel has stood firm.

“Timothy Partners, advisor to the Timothy Plan family of funds, has long supported the work of Liberty Counsel, and I am proud to serve on its board,” said Timothy Plan founder and President Art Ally. “Likewise, Mat Staver serves on Timothy Plan’s board. While Timothy Plan works to ensure that Christian investors do not support companies that promote biblically unsound practices, Liberty Counsel protects Christians in the public square from growing repression at the hands of overreaching government and secular groups such as the ACLU and the Southern Poverty Law Center.”

Founded in 1989, Liberty Counsel maintains offices in Orlando, Virginia and Washington, D.C. and is funded by tax-deductible donations from individuals, businesses, foundations and other organizations.

“Jesus is Lord of all, and that includes the financial industry, the political world and the legal world,” Ally said.