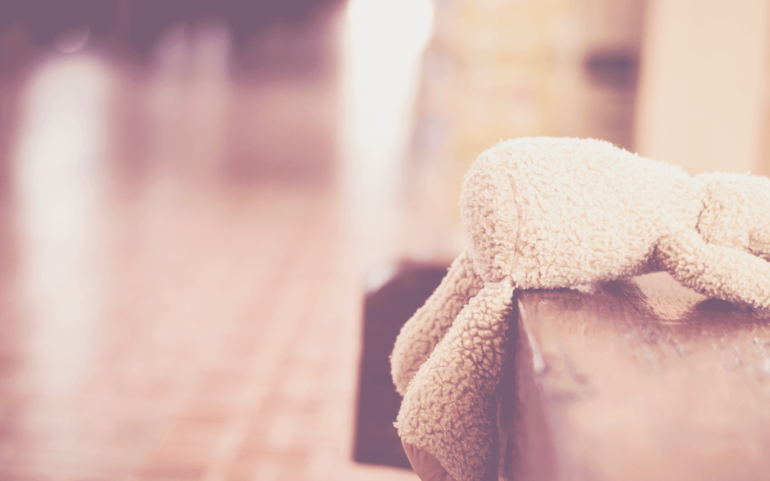 With America’s southern border virtually open, traffickers are operating virtually unopposed, shipping women, girls and boys from Central and South America for exploitation in the United States.  With its large share of international traffic and multiple linguistic groups, Florida is considered a hot spot for sexual trafficking.

Pastors need to warn their flocks about what to look for:  People who appear to be under severe duress may be trafficking victims.  Churches need to be able to quickly contact local authorities who deal in such cases and know how to aid victims.

The link between pornography, “adult” clubs and trafficking is unmistakable. Many girls and women have been forced into what is euphemistically called “sex work” after being told they would have jobs in America.  Drugs and violence play a major role.

Jesus warned that men who covet women who are not their wives commit infidelity: “But I say to you that whoever looks at a woman to lust for her has already committed adultery with her in his heart” (Matthew 5:28).

Trafficking is an offense to the sanctity of human life. All human beings are made in the image of God and are thus of infinite value.

For You formed my inward parts; You covered me in my mother’s womb. I will praise You, for I am fearfully and wonderfully made; Marvelous are Your works, And that my soul knows very well. My frame was not hidden from You, When I was made in secret, And skillfully wrought in the lowest parts of the earth. Your eyes saw my substance, being yet unformed. And in Your book they all were written, The days fashioned for me, When as yet there were none of them. (Psalm 139:13-16)

While slavery has been practiced since the beginning of time, it runs directly against the Bible’s respect for human beings. Unless one is born into slavery, it begins with human trafficking, in which someone is forced against his or her will to do whatever the kidnapper wants.

In 1 Timothy 1:10, Paul includes kidnapping among the most egregious offenses that violate God’s laws.

Jesus gave the most succinct command of all that, if followed, would rule out slavery and all other forms of exploitation:

Although slavery has largely been outlawed, forms of it persist, particularly in human trafficking.

Some Facts About Trafficking

“Trafficking in persons is the illegal commerce in human beings,” states the National Center on Sexual Exploitation. “It can be helpful to think of trafficking in persons, or human trafficking, as the process through which a person loses his or her freedom and is reduced to the status of someone else’s ‘property.’ People who live through the trafficking process ultimately experience slavery because they become people over whom others assume the powers and ‘rights’ of ownership.

“Sex trafficking, a subcategory of human trafficking, involves the exploitation of people in the commercial sex industry (i.e., prostitution marketplaces) where victims are expected to provide commercial sex acts on demand. Commercial sex acts are any sex acts on account of which anything of value (e.g., money, clothes, shelter, food, drugs, etc.) is given to or received by any person. Because a person has no meaningful right to refuse sex in the context of sex trafficking, the principal nature of their exploitation is that of rape and the abrogation of their individual autonomy” (National Center on Sexual Exploitation).

Females account for 70 percent of victims, with five out of 10 being women and two being girls.

About one third of all trafficking victims are children, according to the United Nations. Of those, most are forced into sexual exploitation, especially in wealthier countries.

“In addition to sexual exploitation (72 percent of girl victims) and forced labor (66 percent of boys), children are exploited for begging and forced criminal activities, such as drug trafficking, among other crimes.” (Global Report on Trafficking in Persons 2020, United Nations Office on Drugs and Crime) https://www.unodc.org/documents/data-and-analysis/tip/2021/GLOTiP_2020_15jan_web.pdf.

In the United States, about half of all trafficking cases involve children. https://www.traffickinginstitute.org/wp-content/uploads/2020/05/2019-Federal-Human-Trafficking-Report_Low-Res.pdf