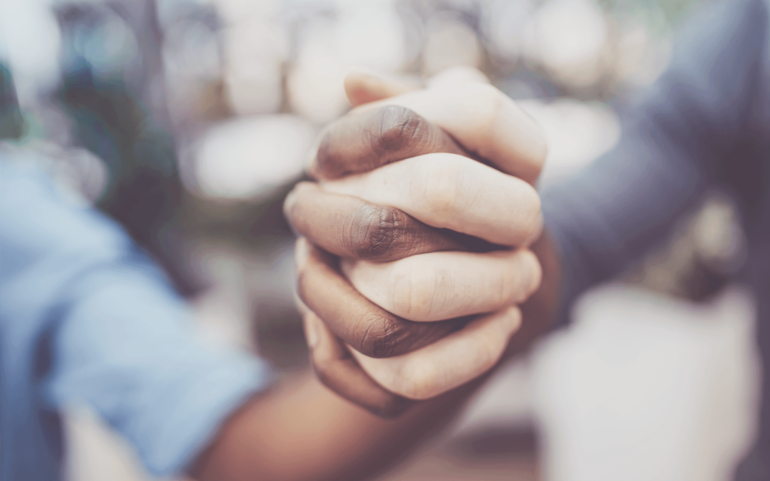 A number of school districts around the nation have adopted a curriculum designed by Black Lives Matter. Parents have a right to know the truth about the group that has garnered so much governmental and corporate support.

So, here’s a brief history.

Created in 2013 following the acquittal of George Zimmerman in the death of Trayvon Martin, Black Lives Matter’s mission is to stoke black rage over perceived social injustice, especially police violence against minorities.  It quickly became a national movement under #blacklivesmatter.

BLM is closely associated with fronts for the Freedom Road Socialist Organization (FRSO), a Marxist-Leninist group that calls for the overthrow of capitalism and works to elect Democrats.

“We engage comrades with the intent to learn about and connect with their contexts,” the BLM website states.

The signature slogan, Black Lives Matter, is front and center at the hundreds of protests and riots over the past few months in many cities.  It has been adopted by corporations, sports teams and painted in giant letters across city streets on the orders of the mayors of Washington, D.C. and New York City.  Indeed, BLM has become something of a false religion. Failure to kneel on cue to BLM can be grounds for harassment or dismissal.

BLM depicts the United States as a uniquely evil nation profiting from racism, sexism, and homophobia. For instance, under the What We Believe portion of their website, they say, “We foster a queer‐affirming network. When we gather, we do so with the intention of freeing ourselves from the tight grip of heteronormative thinking, or rather, the belief that all in the world are heterosexual (unless s/he or they disclose otherwise).”

Marxist rhetoric dominates their published statements. Many of their posted demands are drawn from earlier manifestos issued by the Black Panther Party, a communist revolutionary movement in the 1960s and ‘70s.

Demonstrators wearing BLM-emblazoned shirts have rioted, looted and attacked police with rocks, frozen water bottles and dangerous, blinding lasers. They have set fires, destroyed thousands of businesses and homes and beaten up people they identify as Trump supporters.  At least one man thought to be a Trump supporter was murdered in Portland, Oregon during a riot in late August.

BLM is heavily funded by leftwing philanthropists like George Soros, the Rockefeller Foundation, the Ford Foundation and many others.

Patrisse Cullors, 36, a self-identified “queer” activist, was mentored by Eric Mann, former member of the communist Weather Underground domestic terror organization, which set off bombs in the 1960s and ‘70s and killed several people.

“The first thing, I think, is that we actually do have an ideological frame,” Cullors told interviewer Jared Ball of the Real News Network. “Myself and Alicia in particular are trained organizers,” she said. “We are trained Marxists. We are super-versed on, sort of, ideological theories.”

Alicia Garza, 39, is a self-described “queer” social-justice activist “who reveres the Marxist revolutionary, former Black Panther, and convicted cop-killer Assata Shakur for her contributions to the ‘Black Liberation Movement,’” according to DiscovertheNetworks.
“Garza is likewise a great admirer of Angela Davis (another Marxist and former Black Panther) and Audre Lorde (a black socialist lesbian feminist).”

Black Lives Matter activists often accuse the United States of being “systemically racist” and suggest that whites are innately evil.

For example, the co-founder of BLM’s Toronto branch, Yusra Khogali, in 2015 posted the following message on Facebook,” according to Discoverthenetworks.com: “Whiteness is not humxness. infact, white skin is sub-humxn…. White ppl are recessive genetic defects. this is factual. white ppl need white supremacy as a mechanism to protect their survival as a people because all they can do is produce themselves. black ppl simply through their dominant genes can literally wipe out the white race if we had the power to.”

“Kill all the White Babies”

In July 2016, a BLM activist shouted to a CNN reporter: “The less white babies on this planet, the less of you [white adults] we got! I hope they kill all the white babies! Kill ’em all right now! Kill ’em! Kill your grandkids! Kill yourself! Coffin, bitch! Go lay in a coffin! Kill yourself!”